Though it is not easy, most organizations are taking the bold step of migrating their Public Folders to Exchange 2013. While that is a good move on their part, quite a few of them are unaware of the issues that must be addressed before initiating the said migration. These areas if left attended could pose serious hurdles during the process such as stretching the time involved, skipping a few important folders while migrating and even mess with the infrastructure.

So what are these high-risk areas that an organization must know and take care of before giving the migration a green signal? Let’s find out.

An Exchange administrator must make sure that the following aspects have been catered to before starting with the Exchange 2013 Public Folder migration:

This is a crucial step. Before beginning the migration it is very important that you know the maximum limits applicable on public folders. Trying to stuff 20 things at a place meant to accommodate 10 could wreak havoc. Hence, you should know the following before-hand:

The number of folders that can be migrated has been placed at 1 million. That is a huge number when it comes to Public Folders and is generally sufficient for most organizations. Knowing the current public folder count is vital not only to plan how to achieve it during the proposed migration but also for the future if the organization chooses to keep using modern Public Folders even after the migration.

If organizations are using mail-enabled public folders as shared mailboxes, the size limit of 10GB might create a problem. This is because a single folder of size as large as 10GB would be pretty difficult to use with Exchange 2007 or 2010. Hence, an admin should take note of the maximum size of the public folders before starting the migration and make arrangements to deal with it accordingly.

It would be foolish to ignore sub-folders nested within Public Folders. Many organizations use the nested Public Folder infrastructure and if they are not gauged beforehand, the depth of such folders could come as a surprise later. Though there can be a maximum of 1000 subfolders within each parent folder, if each folder has 1000 subfolders and each subfolder has further 1000 beneath, the ending tree would be beyond what an end user can possibly deal with.

2. How users at different locations will access the folders

After the Exchange Public Folder migration, the content access of end users at different geographies can be adversely impacted. A generally used tactic to overcome this issue can be seen in the case of legacy Public Folders that use a multi-master replication model. This model enables administrators to replicate Public Folder content to the servers that are nearest to the end users thus eliminating latency issues or delays when users try to access content.

3. Restrictions on Office 365 migrations in the future

Though addressing these issues may seem like taking steps ahead of time, but they are worth addressing never-the-less.

In addition to the technical aspects, the administrators should also pay heed to the compliance and auditing requirements that the data within the Public Folders is subject to. Overlooking these requirements could spoil the whole effort at the last step.

Recommended pre-steps before performing the migration

Once all the above mentioned points have been taken care of, you can expect minimum or no surprises during the actual migration. However, in addition to these must-knows, here are a few steps which are recommended before you initiate the actual migration:

Once all the above pre-requisites are met, you can safely proceed with starting and finalizing Exchange Public Folder migration. You can also use Stellar Converter for EDB to migrate public folder to Exchange 2013.  You can easily try the demo version from here:

Hope the must-knows and steps were easy to understand and follow. 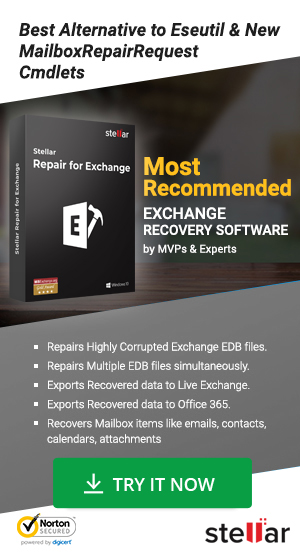